One witness shall not rise up against a man for any iniquity, or for any sin, in any sin that he sinneth: at the mouth of two witnesses, or at the mouth of three witnesses, shall the matter be established.  Deuteronomy 19:15
It is also written in your law, that the testimony of two men is true.
John 8:17
LastDayWatchers God has always confirmed His Word with 2 witnesses/events to adequately witness to his Promise Word “This is my beloved Son, with whom I am well pleased; listen to him”, because the world is filled with men worthy of death, therefore according to the law you could not  prove your case unless you had at least 2 witnesses

There will be 2 witnesses sent by God during the darkness that descends upon the descendants of Jacob, the same 2 witnesses that stood with Jesus for one hour in his agony to strengthen him with moral/spiritual support, even though some manuscripts only interpret “an angel”, however God sent the 2nd witness as a testimony to the 1st
God making clear; when sent his 1st witness on Mt Transfiguration (Mount Tabor); testifying there was no coincidence to the events of the same sleeping disciples; to adequately witness to the Christ!
Just as Jonah being the 1st witness to the Resurrection,  so then Jesus became the perfect 2nd witness; to adequately witness to the power of Christ!
Now fast-forward to these last days, the May 15th Prophecy told you God would send 2 witness/events to bear testimony to his curse upon the Pawn of Satan George W Bush political house as
God sent Witness/Event #1 in 2008 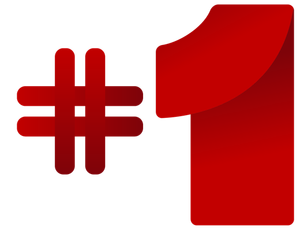 Hurricane Gustav (which get its an original meaning of its name as “Staff of Greats” or “Staff of God”)
Became the 1st TIME IN LIVING MEMORY THAT A REPUBLICAN OR DEMOCRATIC CONVENTION HAS BEEN DISRUPTED BY A NATURAL DISASTER, exactly on the date the Pawn of Satan was due to speak!

Sen. John McCain canceled the first day of his Republican National Convention, and his campaign made plans to turn the gathering into a giant fundraiser as they braced for the natural and political fallout from Hurricane Gustav, speeding toward the Gulf Coast.

As you well know, I, uh we are facing a great, uh, national challenge and the possibility of a great national natural disaster. And I just received a briefing down in Jackson, Miss., along with Gov. Haley Barbour, a teleconference with the other three governors, Gov. Rick Perry of Texas, Gov. Bobby Jindal of Louisiana and Gov.Bob Riley of Alabama.

Hurricane Issac is the name as the Great Grandfather to Ephraim (Britain/little big brother) and Manasseh ((little big brother),
The streets of downtown Tampa were eerily deserted, a result of nasty weather from Isaac’s outer bands, tight securities that blocked off streets and a delay in convention events because of fears the storm might target that side of the Gulf

Bracing for the storm, RNC officials cancel the first night of the convention, Chairman Reince Priebus issued a statement saying that the convention would convene Monday, but immediately recess until Tuesday, The storm has been of quiet but careful concern to Republican officials for days. Today, a conference call was held with members of Mitt Romney’s campaign, RNC, the Florida governor’s office (also, Karl Rove, who runs a pro-Romney super PAC) to try to come to a final conclusion.

Presumptive Republican Mitt Romney today has called the three governors in the storm’s path,  Govs. Bobby Jindal of Louisiana, Phil Bryant of Mississippi and Robert Bentley of Alabama about the impending storm and their local response efforts,” a senior Romney aide told NBC News, Republicans are going to kick off their delayed first day of their convention today. Romney will be officially nominated later this afternoon. But he will not officially be the nominee until Thursday when he accepts.

These 2 hurricanes served as the adequate 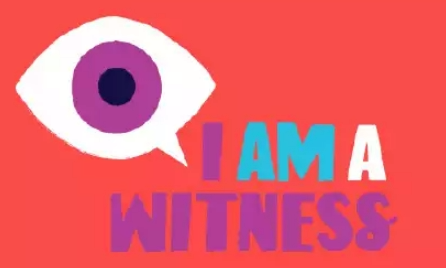 witnesses; to God’s  promise cures he would put upon the “Chaldean Invader” political house; to keep them from the office which God has set a perpetual seal on; that he may blind them to the true realities on the ground and place them into darkness
The Republican party has now become like what they call purgatory, it has become a dungeon for angry white men who can not comprehend their state they are in!
To these lukewarm, gullible sleepwalkers these are just coincidences, however to you who know the truth; take notice how 100% accurate the May 15th Prophecy was in pointing out the source of the curse
On Election Day 11/06/2012 Exit polls released on Tuesday evening showed that about half of voters still blame President George W. Bush more than President Barack Obama for the country’s economic problems and most cite the economy as their top issue in the election”
So now you see it not me having a political ax to grind, because nearly half of voting American made it clear who they blame, as God put it in their hearts to fulfill his will!

Therefore these gullible sleepwalkers are destined for darkness by the promise of God, along with the rest of those who are faithless, heartless and ruthless

The Lord will strike you with madness and blindness and confusion of heart, And you shall grope at noonday, as a blind man gropes in darkness

The fifth angel poured out his bowl on the throne of the beast, and his kingdom was plunged into darkness. Men gnawed their tongues in agony’ and cursed the God of heaven because of their pains and their sores, but they refused to repent of what they had done.

These angry white men say “just get over it” regarding the Pawn of Satan George W Bush and the Iraq war, or as Obama says, just look “Forward”; however God will continue to  look back; until there is repentance!, therefore all the angry white men and all the forward-looking minority’s shall grope in darkness and become flesh eaters, they lament and ask “O LORD, think about this! Should you treat your own people this way? Should mothers eat their own children, those they once bounced on their knees?”
Lamentations 2:20

The Lord replies I will cause them to eat the flesh of their sons and their daughters, and they shall eat each one the flesh of his neighbor and friend in the siege and in the distress with which their enemies and those who seek their lives distress them.
Jeremiah 19:9

LastDayWatchers understand the great tribulation is referred to the time of Jacob Trouble in God’s Word for a reason. Selah

That which is determined upon the office of the lamb which speaks as a dragon; shall occur in the 2nd term of Obama, before I send the two witnesses who stand before me,

I will grant them the power to prophecy 1,260 (42 months; three and one-half years), dressed in sackcloth.

These 2 witnesses are the two olive trees and the two lampstands which stand before the Lord of the earth, therefore understand and rest assured when these 2 ( Moses and Elijah) begin their prophecy they will proclaim what the May 15th Prophecy has proclaimed and they will not repeat the lies of Israel, such as “the success of the surge”

Because all the promises of God are yea and amen!

P.S. the 2 witnesses (events) God sent are adequate enough, however, if you need a 3rd witness understand this; any momentum the Republican candidate Mitt Romney may have had was effectively blown away by Hurricane Sandy.Selah